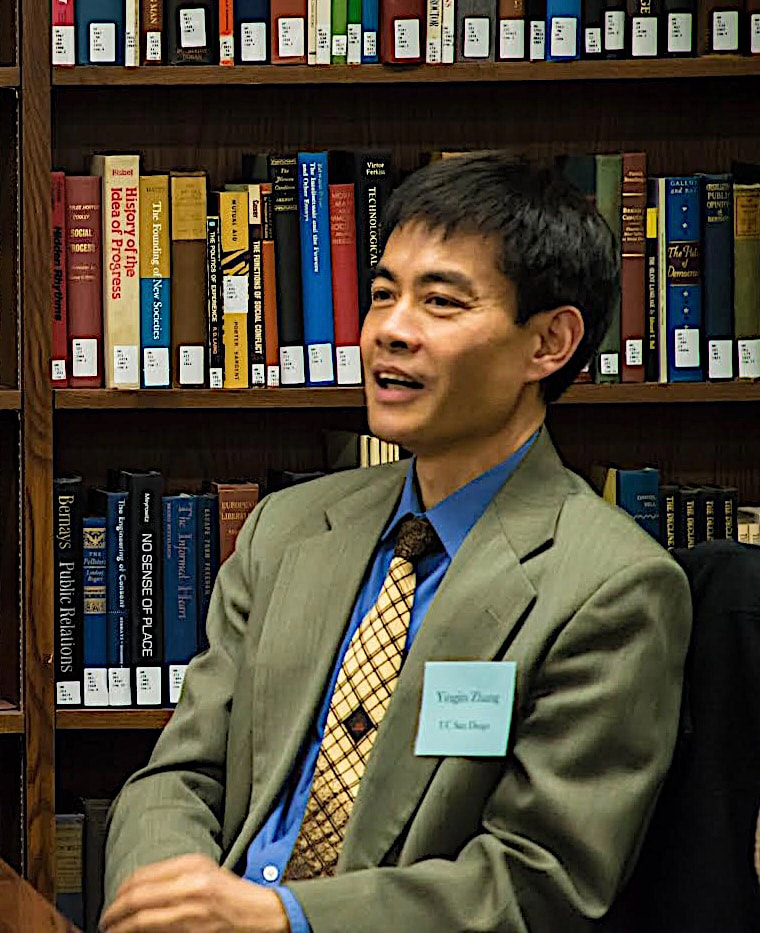 It’s with a heavy heart that over the past several days we gradually recognized and accepted the fact that Professor Yingjin Zhang had passed away. Yingjin was the fourth president of the Association of Chinese and Comparative Literature, serving our Association from 1992 to 1994, and convening the third ACCL conference, in 1994 at Princeton University.

Many of us, through Facebook postings or emails, shared touching, emotional tributes in which we described how each of us benefited so much from Yingjin’s erudition, generosity, and professional perfectionism. Over the past four decades, Yingjin Zhang was one of the most foundationally important scholars who reshaped our field of modern Chinese studies. He was a pioneer in urban studies, cinema studies, visual studies, transmedia studies, and studies in world literature, with his numerous groundbreaking monographs, an incredibly long list of research articles, and various important anthologies and encyclopedias. Almost all of us, teachers of modern Chinese literature, have taught something written by Yingjin, and his ideas and research have already inspired two or three new generations of younger scholars to find new paths in the academic world. Yingjin has been remembered as a kind, courteous, and principled person, a mentor to many and a friend to all. His contribution to the field has become an integral part of our knowledge, research, and collective memory, which will last and live on. Yingjin will be profoundly missed, and his life and achievement, cherished forever.

Professor Yinjin Zhang was the Distinguished Professor of Modern Chinese Literature in the Department of Literature at the University of California, San Diego, where he also served as Department Chair. His research fields included Chinese Literature; Comparative Literature; Cinema and Media Studies; Visual Culture; Literary and Cultural History; Urban Studies. He received his M.A. from the University of Iowa in 1987 and Ph.D. in comparative literature from Stanford University in 1992. Before joining the UCSD faculty in 2001, he taught at Indiana University in Bloomington, where he was honored with an Outstanding Junior Faculty Award in 1996. He has served as a visiting professor at the University of Chicago as well as several Chinese universities, such as Nanjing University, Shanghai Jiao Tong University, Tongji University, and Wuhan University. His most influential books include: The City in Modern Chinese Literature and Film: Configurations of Space, Time, and Gender (Stanford: Stanford University Press, 1996); Screening China: Critical Interventions, Cinematic Reconfigurations, and the Transnational Imaginary in Contemporary Chinese Cinema (Ann Arbor: Center for Chinese Studies, University of Michigan, 2002); Chinese National Cinema (London: Routledge, 2004); and Cinema, Space, and Polylocality in a Globalizing China (Honolulu: University of Hawaii Press, 2010).

Association of Chinese and Comparative Literature